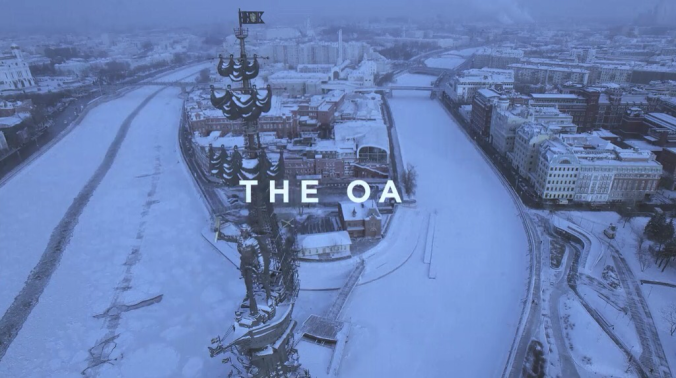 You wonder how high they must have been to actually think of this. You actually wonder.I tried so hard to explain this to someone earlier, and I kept sounding like I was making shit up. Literally as though I was pulling random story lines out of thin air and adding them onto a more elaborate story to make it seem all Christopher Nolany and mind-fucky. I wasn’t though. I was genuinely doing my up most to stick to a simple description, which turned into a lengthy, convoluted, and agonizing run down  of one of the weirdest shows in the history of netflix.

And I still can’t decide if I liked it or not. Eight bizarre hours later.

So a. spoiler alert, and b. I’m not here to knock this show. I appreciate that the OA has now built an army of loyal fans who will hex my first born child if i say anything bad, so that’s not exclusively my aim. I just want to talk about it, you know? because I need to. I need to vocalise some of this shit before attempting to watch anything else on Netflix, because why should I suffer alone?

So the ‘premise’, in the simplest way possible: The show starts with a woman who jumps off a bridge, which we later find out had been missing for the best part of seven years and used to be blind. Now she’s back and she can see, (and by blind I mean actually blind, i’m not talking about it in a biblical context or anything). 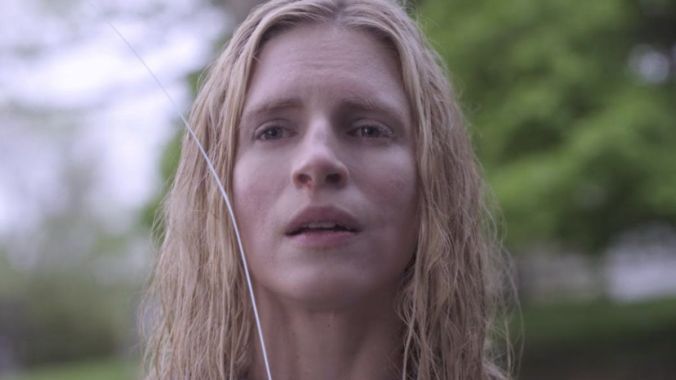 Are we happy with this so far?

So this lady is called Prairie, but she keeps calling herself The OA, which is weird and kinda hilarious. Like… who the hell calls themselves ‘the’ anything? Aside from ‘the exorcist’ or ‘the artist formerly known as Prince’ who ended up abbreviating it anyway because he realised it made him sound like a massive douche.

The OA befriends a group of local teenagers via a weird video she posts on youtube (please stay with me), so they all start meeting at an abandoned house every night to hear her tell her story about what the fuck happened to her. She seems really cool to tell them the story, but literally noone else. Not even the FBI, who you would assume would be the first port of call.

Her story goes something like this (again, stay with me)…She was born to a wealthy Russian Oligarch in the 80s and had a near death experience on her way to school. She came back from the dead without her sight, but a whole bunch of odd stuff happened to her after the near death experience; lucid dreams, premonitions and an amazing ability to play the violin. This is all totally fine so far, so I’m all like yea ok…I can run with this. But then..

Then she moves to America, lives with her aunt in a brothel after her father dies, gets found by a nice couple who visit said brothel in the search of illegal kids, and goes to live with them.

The rest then involves a psycho scientist, who kidnaps her and locks her in a basement (a la Josef Fritzl), a bunch of near death experience survivors used as test subjects, interpretive dance, and an Arabic gatekeeper of the universe called ‘khtum’. 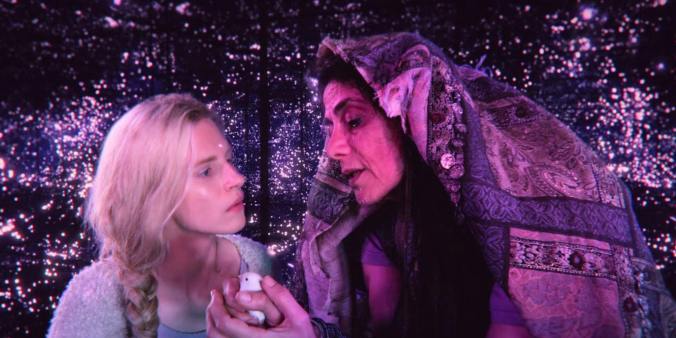 Oh yea, and they’re all using mystical tai chi to try and move across dimensions and escape this fucked up dungeon they’ve been in for seven years.

If The OA, was about maybe 1 thing…or even 5 things, then it would be absolutely perfect. No-one on earth is expecting a sci-fi to be believable or realistic, so that’s not my beef with this in any way. My beef is that there is literally SO much going on, all at once, in a short space of time, that you’re just like..’I don’t believe you bruh.’

For example, I really don’t get why these kids are so invested…SUPER INVESTED, in the OA. Call me a pessimistic prick, but your story requires some type of cut out or you tube link to make me buy it. All they have is imagination and dim lighting. Its not enough hun.

Then you have all these separate side stories involving the kids. The one with the anger issues who’s face is always red, the overachieving Mexican kid who’s mum is a drunk hot mess. Then there’s the emo skater one whose entire family is dead apart from his sister who literally smokes weed all day. Too much going on. 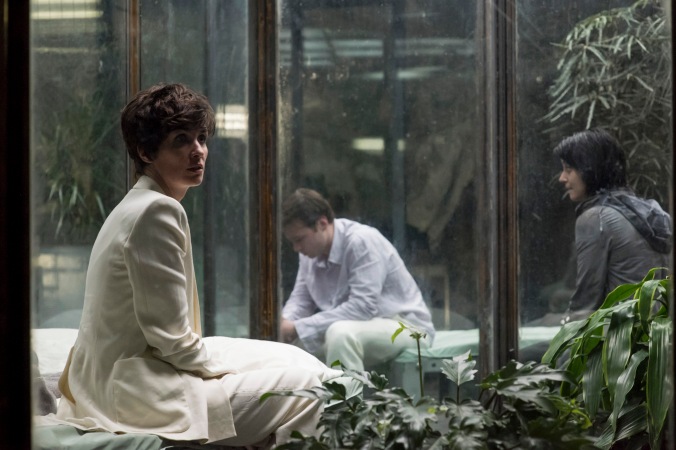 Then you have the OA herself who is single handedly the most irritating character to ever grace my laptop screen. Why does she speak in hushed tones? Why are her roots so immaculate? Why does she look like the ZARA 2003 autumn/winter model? Where did she buy her foil jacket? Then it turns out she might have been lying the ENTIRE TIME (????!!!!!!!) erm……ok, that was a waste of everyone’s time. Luckily the poorest ending known to man, clarifies that maybe she isn’t lying, so leaves us with a set of pointless questions, to add to the plethora of questions we had already armed ourselves with. Fab.

Is it a sci-fi? is is a drama? Is it a teen thriller? Is it a pisstake? who knows. Its like Donnie Darko meets The Breakfast Club but not even remotely in a cool way. The general pace reminds me of one of those Scandinavian crime shows like The Killing, mad amounts of grey scale tones and bad weather. But then you have the flashbacks, which are super high saturation and vivid, and then randomly Riz Ahmed pops up as the FBI guidance councilor and that made me happy.

Sadly however, the ending is such trash it actually manages to ruin everything. Watch it for the interpretive dance and general confusion.